Surprising Effects Of Workout On Health Of Your Eyes

Did you know that working out can have beneficial effects on not only the health of your body and mind, but also on your eyes? It can slow down and even prevent the evolution of various eye problems ranging from macular degeneration to diabetic retinopathy and glaucoma. Scientists at the University of Virginia School of Medicine have found that exercising on a regular basis can consistently cut the risks triggered by an overgrowing number of blood vessels in the eyes of lab mice by as much as forty-five percent. The tangling of numerous blood vessels appears to be the main factor that leads to glaucoma, macular degeneration and a series of other specific eye and vision issues.

Millions of people all around the world suffer from the effects of macular degeneration that is also the leading cause of losing one’s, so the new data is extremely useful and worth our attention.

We Have Hard Lab Evidence For The First Time In History 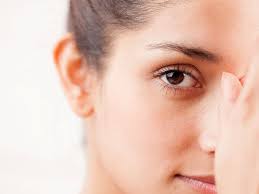 For decades, scientists have been trying to see if there is a difference between living a healthy life characterized by lots of exercises and clean and nutritious eating habits. Surprisingly for some people, it would appear that there is a strong connection between a healthy lifestyle and the delay or prevention of macular degeneration. Up until the Virginia School of Medicine study, researchers were struggling to compile relevant data by interviewing subjects and trying to rely on their goodwill and honesty. Unfortunately, people tend to be reluctant or dishonest when they provide answers to questions concerning their eating and workout habits.

This study, however, appears to be completely different thanks to the complex lab mechanisms it is based on. This means scientists did no longer have to guess whether the subjects were telling the truth when reporting the number of calories, the type of food or exercise they were eating or doing. Instead, they had hard, palpable proof obtained straight inside their lab, with the help of lab mice. Let us see what are a few of the most important advantages of working out in relation to the health of our eyes.

Also, the good news is that you don’t need to overdo it to get good results. The benefits can be reaped even with the help of the most moderate forms of exercise.

Working Out Can Cut The Overgrowth Of Blood Vessels By 45%

The lab test started by analyzing a group of mice that exercised voluntarily and comparing it to a with group did no physical exercise. They came to the conclusion that the overgrowth of the blood vessels was reduced by 45% in exercising mice. Since humans and mice show very familiar habits and scientists’ second test revealed similar results and a 32% drop, they concluded that exercise does, in fact, contribute to the prevention of vessel overgrowth in the eyes.

However, it is not certain exactly how the stop of the overgrowth is occurring and which elements are involved in it. The theory states that the increased flow of blood that naturally reaches the eyes as a result of working out could have a lot to do with it. In time, as a person’s vision becomes worse, they tend to automatically exercise less. This is why researchers are still trying to learn the extent one of these actions (working out versus stopping workouts) is influencing the other and vice-versa.

Plus, researchers are working on a pill or a way of helping us enjoy the benefits of working out without actually having to exercise. This is important for the elders who suffer from macular degeneration and who may have a difficult time exercising as needed in order to experience positive effects on the health of their eyes. Since the elderly like to play real money casinos or bingo games online and offline as a favorite past-time whenever they get the chance, it would be a shame not to be able to continue enjoying these pleasant hobbies because of bad eyes sight.

Plus, many of them continue to drive or they like to knit or read books, so the longer they can postpone or the better they can prevent macular degeneration and glaucoma, the better. Plus, people who suffer from diabetes can take advantage of the same excellent benefits of working out as a means of preventing various eye problems caused by high blood sugar levels that are not managed appropriately over long periods of time.