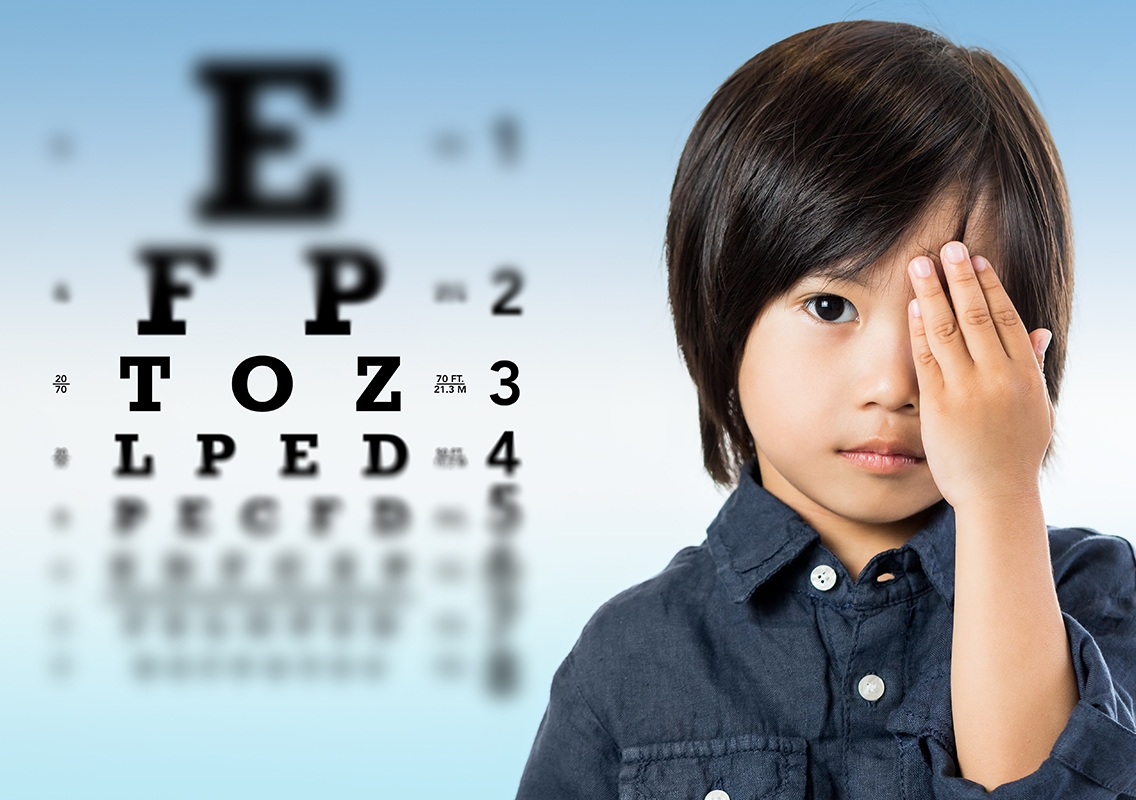 Does COVID-19 Cause Myopia?

Myopia, otherwise known as shortsightedness, describes a condition where distance vision is blurred as a result of an elongated eyeball (more common) or a steeply curved cornea.

The problem with myopia is that it increases the risk of ocular health complications such as retinal detachments, myopic maculopathy or even glaucoma.

Studies have shown that increasing outdoor time (more than 1.5-2 hours/day) and reducing near work such as reading or screen-time (less than 2 hours/day) can reduce the onset of myopia.

One of the many issues to arise in 2020 from the COVID-19 pandemic was the increase in myopia prevalence in young school-children, according to a large Chinese study which found prevalence increased almost 400 per cent in six-year-olds.

The study of 123,000 Chinese school-children revealed home confinement during the pandemic in 2020 “appeared to be associated with a substantial myopic shift (approximately −0.3 diopters) for children aged six to eight years.”

Researchers from China and the US said concerns had been raised about whether home confinement may have worsened the burden of myopia owing to substantially decreased time spent outdoors and increased screen time at home. Such a substantial increase was not seen in the older age group aged nine to 13 years despite having more online learning than younger students. Differences were smaller and not statistically significant in older children and not comparable to larger differences in younger children. Researchers hypothesised that this was because younger children were more sensitive to the environmental change than older children as the plasticity of myopia was high in six-to-eight-year olds.

WILL WE SEE SIMILAR CHANGES IN AUSTRALIA?

Optometry Australia’s Chief Clinical Officer Luke Arundel said the findings were important as worldwide children had completed months of home schooling during the pandemic including in Australia where schools were closed and sport cancelled.

‘Researchers have told us for many years now the importance of balancing screen time with green time for kids and that spending time outside in bright light is important to slow myopia development and progression,’ Mr Arundel said. ‘It will be interesting to see if Australian practitioners, particularly in Victoria – where an extended lockdown occurred with time outside limited to just one hour a day – will also see a similar increase in myopia.’

WHEN SHOULD CHILDREN HAVE THEIR EYES TESTED?

These studies reinforce how important it is for all children to have their eyes tested at 4 years of age, or at least before commencing Kindergarten, even if they are not experiencing any symptoms.  Regular 1-2 yearly eye examinations are recommended thereafter, particularly if there is a family history of myopia. Earlier examination is recommended if you notice your child’s eye is turned inward or outward, they tilt their head to one side, rub their eyes, complain of difficulty seeing or there is a family history of vision problems.

Blog adapted from article by Helen Carter for Optometry Australia